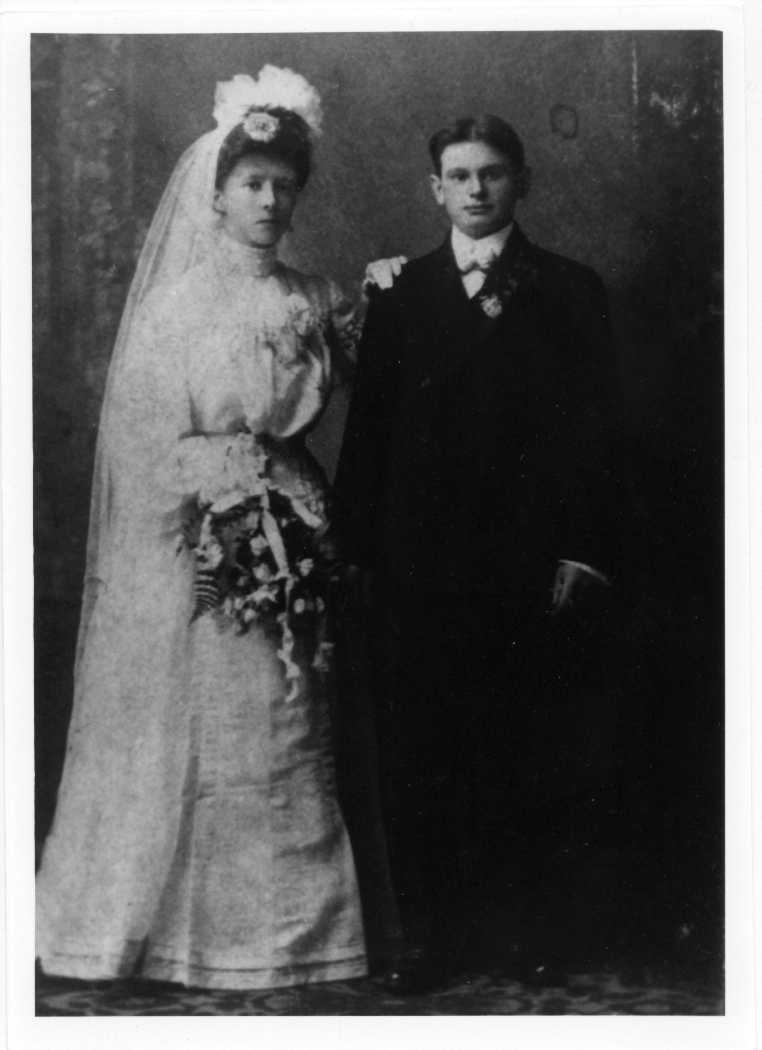 August and Theresa Waldorf on their wedding day, September 24th, 1904.

August and Theresa Waldorf on their fiftieth wedding anniversary.

August Robert Waldorf was born on January 11th, 1881 in Preussen, Germany and emigrated to the United States at age three months with his parents, Frederick Waldorf and Wilhelmina Luseusky. Family information says that Frederick's last name was von Waldorf (some even say his first name was Adolph) and that he and Wilhelmina had changed the name and left Germany in a hurry with only the clothes they wore. Frederick was Wilhelmina's second husband. There is also a question as to whether August was born in Germany before they left, or on the ship on the way over. However, August listed Preussen as his place of birth on the 1920 U.S. Census form.

August had three half-sisters, Annie, Ida (who married Ernie Sieloff), and Tillie (who never married and was blind) Waldowski. There was also a half-brother, Adolph Waldowski who married Minnie and lived in Chicago. There is also an Uncle Art who lived in Buffalo, New York.

August married Theresa Marie Wolschon on September 24th, 1904 in St. Elizabeth Church at Canfield and McDougal in Detroit. Theresa was born in Detroit on April 22nd, 1886 to Charles Wolschon and Emma Goetz. Charles Wolschon was a plumber by trade and served in the German Army. He had a brother Tony and a sister, Bertha. Besides Theresa, there were four other children in the Wolschon family, Charles, Paul, Mamie, and Emma. As a child, Theresa lived on Rivard Avenue in Detroit and went to Sacred heart and St. Anthony schools.

August and Theresa had a small farm near Greenville, Michigan. August was a cabinet maker by trade and earned most of his money upholstering furniture. He died December 2nd, 1967. Theresa died on November 16th, 1969. 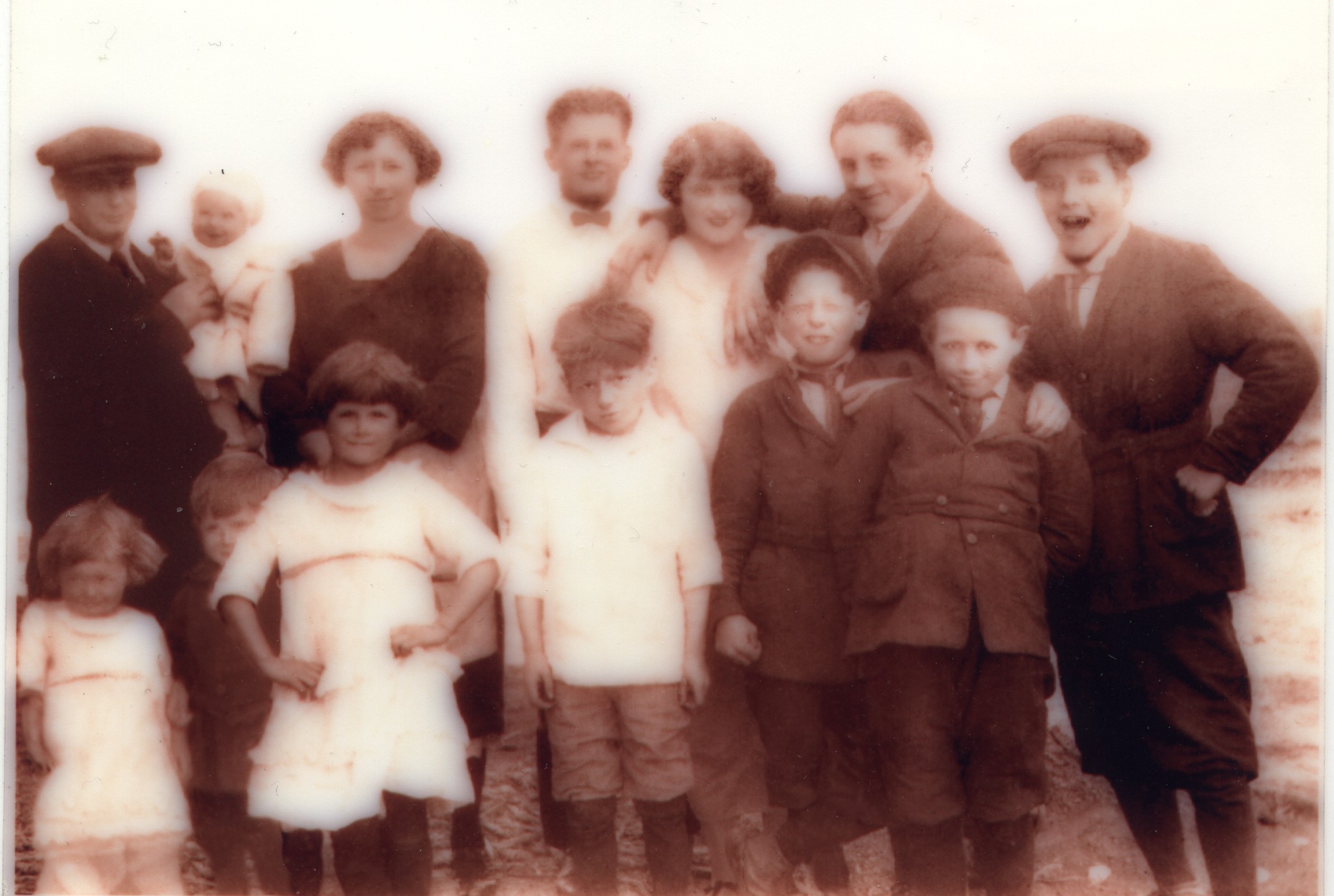 This picture was taken in 1924, after 20 years of marriage for the Waldorf couple.   The top row is Grandpa holding Georgianna,  Grandma, Bill, Bernadine, Nestor, and Clarence.  The bottom row is  Josephine , Alvin, Hildagarde, Marcel, Raymond, and Buddy (Larry). 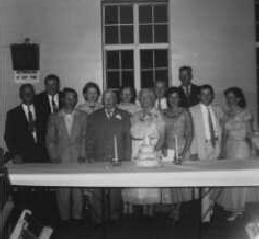